Do It Yourself 3-D 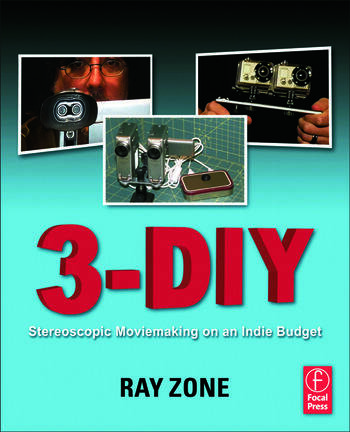 I’m very honored to be featured in 3-D filmmaker, historian, and LA 3-D Club board member Ray Zone’s new book “3DIY: 3D Moviemaking on an Indie Budget”. The book features profiles of a number of LA 3-D Club members, all of whom have made their own 3-D movies utilizing low-budget and homebrew solutions:


I recently joined Ray Zone and Perry Hoberman on a panel about independent 3-D at the National Association of Broadcasters (NAB) convention in Las Vegas. We presented clips from a number of our short films, and discussed the growing possibilities for personal 3-D production, post-production and distribution, as well as affordable emerging technologies for 3-D presentation and interactivity. We were very well received, and the audience’s positive response showed that there is a great deal of interest within the film and TV industry in stereoscopic content creation outside of the studio system. I have just launched a 3-D YouTube channel to present some of the great 3-D work that is being done by independent artists at the forefront of the 3-DIY movement. Check it out at www.3-DIY.net

Posted by Eric Kurland at 3:02 PM No comments: